sorry for taking a little break there! i've been trying to focus on interacting with my friends more and i've been having a good time!! i think i'm kinda falling into the dream smp hole,, idk i've been meaning to watch it but i'm finally getting around to it and i think it's cool!! wilbur and quackity are my favorite streamers like ever n quackity is kinda my favorite content creator period so i wanted to see what they did there and it's pretty entertaining so far.
i picked up a new hobby which is building models! my dad has been doing it for years so he kinda got me into it n i keep buying the pokemon ones at the local hobby store bc they're really fun. i just got the mew one since mew is like one of my faves n aaaaa i love itttttt
i also got my keyboard! it's pink and white since that's kinda the whole theme of my room and it's so clicky i never wanna stop typing...
anyways, i hope you've all been well!! i'll try and update a little more!!

i was gonna write a long paragraph here but i think i can just sum up my feelings in a few words.
i feel like how i did a few months ago. nothing is making it feel better. i hate my bed. i want to disappear.

hi everyone!! srry for being a little inactive but i'm jus trying to take a little time for myself since i haven't been feeling all too great lately, but i think things are getting a little better so thats good :)
i've been talking to my friend a lot and wejrnherjngf i love her she's literally the sweetest person alive?? also we are in a band now :D i've always wanted to be in a band! she knows bass and i know ukulele so idk how we are gonna make this all work out but i guess we'll find a way lol ^w^

christmas was today!!! and it snowed a little bit where i lived so i'm really happy about it!
i have like 300 dollars now bc my dad n pop pop gave me some money n another 50$ for the book store,, so i think im gonna take half of my cash and spend it more or less on books n weeb stuff >_>
speaking of books, i got uzumaki and it was a really good read! my manga shelf is getting super full,, i need more room aaaaa
manga is basically the only thing i can read besides animal farm because of my horrible attention span lol.
even though i didn't get all too much this year i'm still pretty satisfied with what i got, it was pretty much everything i wanted except for the fact that my mom tried to get me some figures from japan but they couldn't get here ;_; i was looking forward to gettin em but oh well, i'll probably buy myself something nice to make up for it.
i hope everyone had a nice day today! if you have any manga recs for me lemme know bc ima go crazy @ the book store (^.~)☆

today i got dorayaki and some other snacks! i probably shouldn't have gotten so much since i'm trying to lose weight but oh well. i woke up at 6 because my nose decided to start bleeding for some reason? i have no clue why that happened lol. but i've been feeling a little more dizzy than normal so i'm trying to take it easy.
and now it's time for my new tradition: the annual christmas eve obligatory christmas episode binge! and the episodes areeee...
episode 10 of miss kobayashi's dragon maid, episode 7 of k-on!, episode 11 of lucky star, episode 19 of toradora!, the disappearance of haruhi suzumiya, episode 39 of sgt. frog, episode 11 of laid-back camp, and episode 36 of adventures from moomin valley!
i'm super excited for next month because the next season of laid-back camp is finally airing!!!! i've been waiting so long for it and i'm so hyped to watch itttttt!!!!!!!!!!!!!!!!!!!!!!

went to ikea today, and i got the shark :D i named him spike! we also went a couple other places but nothing too interesting. i'm super tired after walking around a whole bunch though,,
short blog but oh well, maybe i'll have more to talk abt tomorrow.

today was cool! i got to bake some christmas cookies with my grandma and now i'm watching cowboy bebop! the video that came out of miyamoto in super nintendo land literally made me cry, he looked so so happy! i'm so excited to be able to go once they build the one in florida, ever since they announced it i've been wanting to go! it hardly even looks real, it's like you're stepping into a real video game! that's been my dream ever since i was young and i'm so excited for it to become a reality :D
anyway, i have to go to ikea tomorrow and i'm really not excited about ittttt,, i hate ikea it makes me feel overwhelmed and disoriented but the promise of a shark plushie is so alluring...

today was great! my dad's surgery went well and he should be able to go home by tomorrow! i also got sushi and it snowed a whooole bunch! it's still snowing too! i watched a lot of anime today, mostly the dissapearance of yuki though lol. i did see a stray cat in our back yard though and i'm a little concerned for it considering the weather, my friend told me i should put out some food or treats for it after it clears up so i'm probably gonna do that and hope the birds or the fox don't get to it before the kitty does! i'm super happy with how today went and i hope tomorrow goes just as well! wishing myself luck with that one, lmao.

i kept forgetting to eat today and wound up pushing it off until dinner >_> i never said i was smart ok
anyway, i really wanna try to learn hare hare yukai again! aaaagh it slaps. i'm also thinking of posting mini comics about my ocs here! there's no manga or anime i know of that's a laid-back camp vibe story about girls who are all friends in an adoption center and educate you about animals so i made one myself! if something i want doesn't exist, i always make it myself!

today was weird. i woke up around 5 am since i had a really bad nightmare and didn't really get to go back to sleep,, whoopsies.
my dad has to go get surgery soon and i have to go over to his house for a bit once he gets back. it's probably going to be one of the last times i set foot in my childhood home. i'm kinda dreading it.
but anyway, i listened to the rocky horror soundtrack a lot today so i'm in a real good mood! i also went to goodwill and got this shiba inu plushie i named ritsu :D
i think someone there drops off a lot of crane prizes from time to time since that's also where i got my big alpaca named astro! i'll have to post a pic of my plushies here sometime, i have a bunch! my favorite is pancake, he's a really soft kitty who i cuddle with a lot. he smells like coffee bc of me lol.

and so it's back, friends! my longing to be anything but ordinary.

i want to feel important! i want to feel like the god i know i am somewhere inside of myself, but nothing has come of me yet. and i don't know how to accept it!

it's kind of sad. i've kinda given up on trusting people after yesterday. i can't trust the new people i meet, or the ones i thought i could trust for a very long time. there are only two people in this world who i would ever trust like that again, one who knows most of my secrets already and another i'm terrified of leaning on in case i accidentally mess up. i care about her too much. i think i like her. it's embarassing to admit but i have no other place to admit it. i have a huge crush on a girl who will never like me back. we stan honesty, i guess.

but anyway, that rant might be confusing since you all don't really know me all too well. i have this like,, god complex i've been dealing with for a while now. i wholeheartedly believe that i have a supernatural destiny or something and it kinda helps me deal with the past in a way. so please don't tell me otherwise!

i also watched the haruhi movie again :D i've seen it many times and it never gets old! it's so good!

i guess that's all i have for you today. thank you for reading!

i also got some new perfume and it smells lovely :D

i might play splatoon after i work out a bit to lighten my mood-it always makes me feel happier! fun fact,, i 100%ed octo expansion! the most amazing thing was being able to beat girl power on my first try for both bombs! i actually had a pattern down when i first beat it and i guess it was kinda muscle memory at that point lol. it was so harrrdddd. but even just talking about splatoon is making me feel a little better :)

i have followers now!!! hi followers!!!

i'm gonna be hanging out with my friend later and im super excited!! i haven't seen her in a while and i've been wanting to hang out with her :D today was good!

i also took out my gba and was playing hamtaro earlier :) ham-hams unite was one of the first games i ever beat! so that's always fun!!

i don't know why over 1000 people have checked out this site, but thank you! i wanna work on it more but animal crossing is rlly distracting lol.

thanks for looking at this even though there's not much to look at yet.

i've been horribly lazy this entire quarantine, and that's kinda transferred over to my creative output. i haven't been making as much art as i'd like to and what i put out doesn't quite satisfy me. it's annoying, it feels like i've been in art block for a year.

but anyway, i'd like to continue working on this a little more. it's not what i want it to be yet and i still have to transfer over some stuff from an old website i was working on. so that'll be fun.

i got the island designer thing last night and i want to work on my island too-it's almost like my whole life's motif is taking on too many projects at once.

oh well, i always manage somehow so i'm sure it can't be that bad.

cool cool, i think i have a very basic understanding of how this works!

i'm gonna continue working on this and improving it as i learn.

but for now, i think i'm gonna try and play animal crossing again. i got the nh switch but lost my data in the process since you couldn't transfer when i swapped over.

hopefully i get to have fun with it, it really stung losing all my work. but i was kinda unhappy with the layout so i think having a new island will be fun! 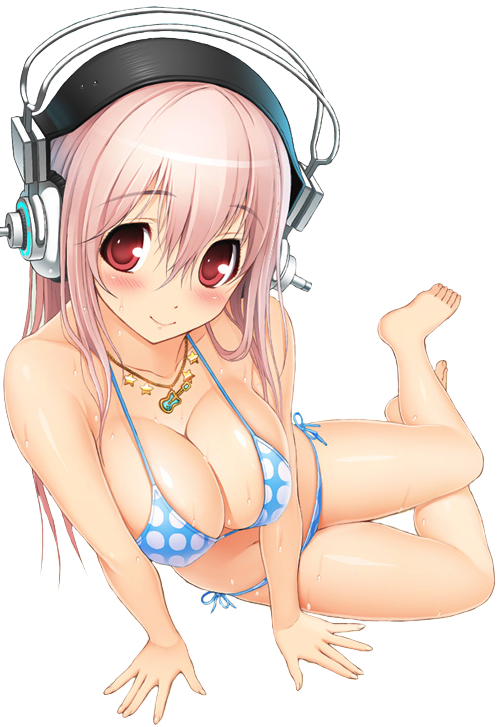 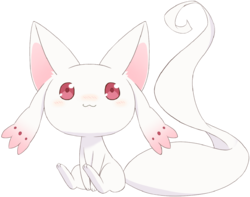